And that’s to the good, because, with the shifting romantic factors at work here, we’re not sure who will end up with whom by show’s end.  Here, the task is assigned to Muzzy von Hossmere, to give Ramona Keller something more to do than the hot cabaret numbers she handles with such easy aplomb. Keller plays Muzzy very tongue-in-cheek, which is a welcome change from Carol Channing’s ditzy jazz baby in the original. And the new version means a treat of a scene between Sayre and Keller as dueling would-be wool-pullers. 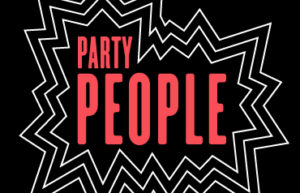 “In the final 10 minutes, the older characters directly confront the younger folks about their hashtag activism. “Every generation since ours has been systematically taught how to be better oppressed, how to be quiet,” Amira (an on-point Ramona Keller) bitterly observes.”  ~ Zachary Stewart

“Unfortunately, I did read them, “Ramona Keller sighed when I brought up the subject of the mostly mean reviews that Brooklyn, The Musical received when it opened at the Plymouth Theatre on October 21. “I’m disappointed, but everyone’s not always gonna love what you do. Our audience loves the show and that’s gonna keep us out there.” Actually, Ramona, most of the critics did love what you’re doing, going out of the way to shine the spotlight on your feisty portrayal of ghetto diva Paradice. “That was very nice, I have to say,” she offered shyly. “At the same time, everyone in the cast got nice reviews. I’m proud of everyone.”

No doubt about it: the part of Paradice is a huge step up from playing one-third of Caroline Thibodeaux’s radio in last season’s love-it-or-hate-it Caroline, or Change, a fact that Keller doesn’t take lightly. In fact, after close to 20 years as a professional actress, she knows that flashy roles like this don’t come around often, if ever, for aspiring divas like herself. “Everyone tell me this is the role of a lifetime,” she said. “I feel very fortunate.” Asked if she was aware of how juicy it was when she first landed the part back in early 2003 for a pre-Broadway run at the Denver Center for the Performing Arts, Keller laughed. “Well, I knew she would stand out. You can’t help but notice Paradice!”

“…the reigning diva of pop, a bodacious egomanic named Paradice (played by the supercharged Ramona Keller, who is the best reason to see the show)… And the show is most bearable when Ms. Keller’s Paradice is strutting her stuff and being wicked.”

“There’s considerably more to the story than that, some of it involvling the third Dreams member, Lorrell Robinson, (a vibrant Ramona Keller) and her long affair with the married Early. Keller is a knockout in her “Ain’tNo Party” duet with White.”

Some of the performances are notable. Headliner Randy Quaid is amusingly loathsome as Col. John Falstaff, a scoundrel con man. And Ramona Keller, as a fixer who really gets the colonel into a fix, is comically perfect with zingy lines.

A case could be made for the rousing “Quail Bagging” as the standout song in the score, but it is very much indebted to the show-stealing Ramona Keller as Miss Quickly. Keller provides the show with the sort of high energy and comic timing that seems a bit lacking elsewhere.

“Smokey Joe’s Cafe”- “Another funny moment is the delicious and sly “Don Juan,” done to a slithering sexy turn by the wonderful Ramona Keller……Made the evening worthwhile.”