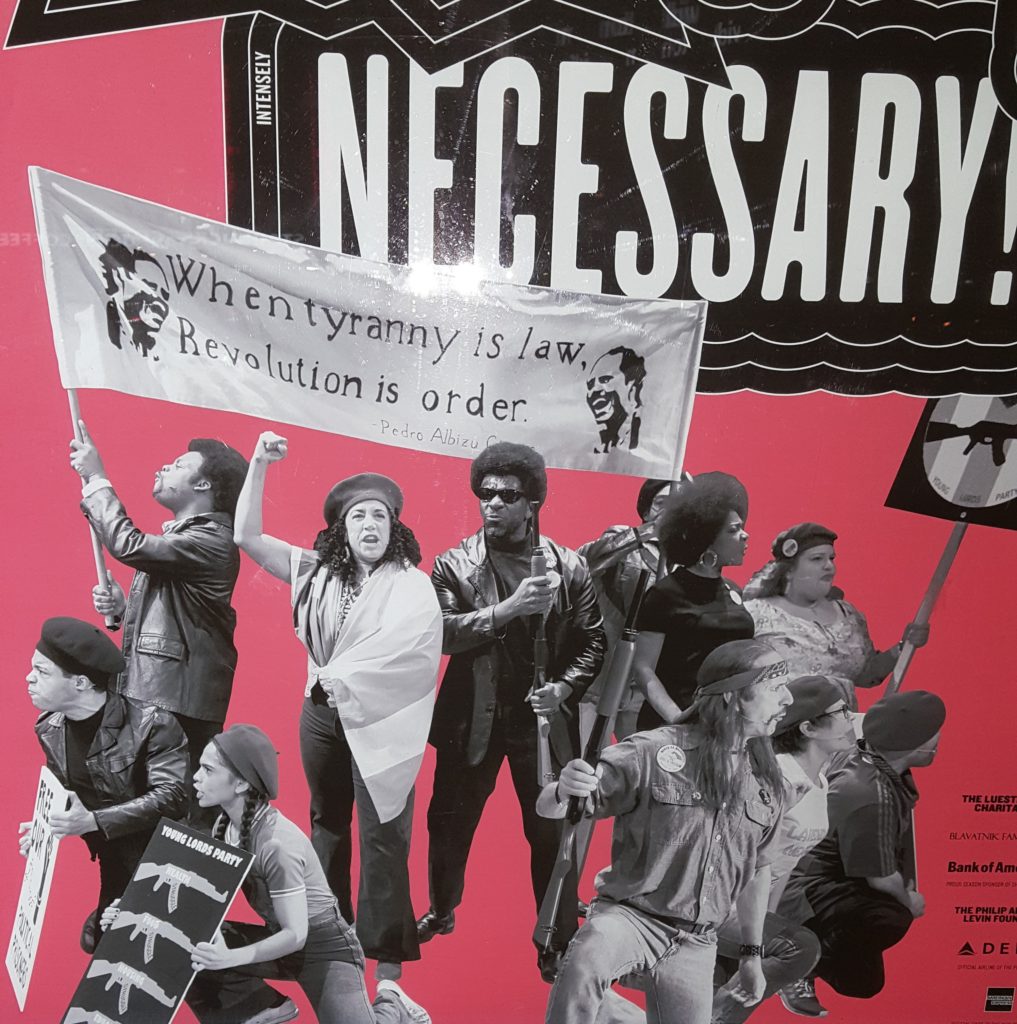 The president-elect condemned Hamilton for directing a controversial curtain call speech at Mike Pence. But theater artists won’t shy away from letting their voices be heard.

On Nov. 18, Hamilton star Brandon Victor Dixon delivered a curtain call statement to Vice President-elect Mike Pence from the stage of the Richard Rodgers Theatre: “We are the diverse America who are alarmed and anxious that your new administration will not protect us, our planet, our children, our parents, or defend us and uphold our inalienable rights, sir. But we truly hope that this show has inspired you to uphold our American values and to work on behalf of all of us.”
That same night, 40 blocks downtown at the Public Theater, the audience of Party People was hearing a more confrontational message. “Why do you think Donald Trump is the president?” Amira (Ramona Keller), a founding member of the Black Panther Party, roars in the second act. “This country has never wanted us to be free. After all these years, I live by this: no permanent friends, no permanent enemies, permanent principles.”
That line was written from a place of passion and horror the day after the Nov. 8 election. “It was relatively easy to go, ‘Oh, we need to say something,’” said Steven Sapp, a founding member of the theater company Universes who co-wrote and stars in Party People. “This is what we can say.”